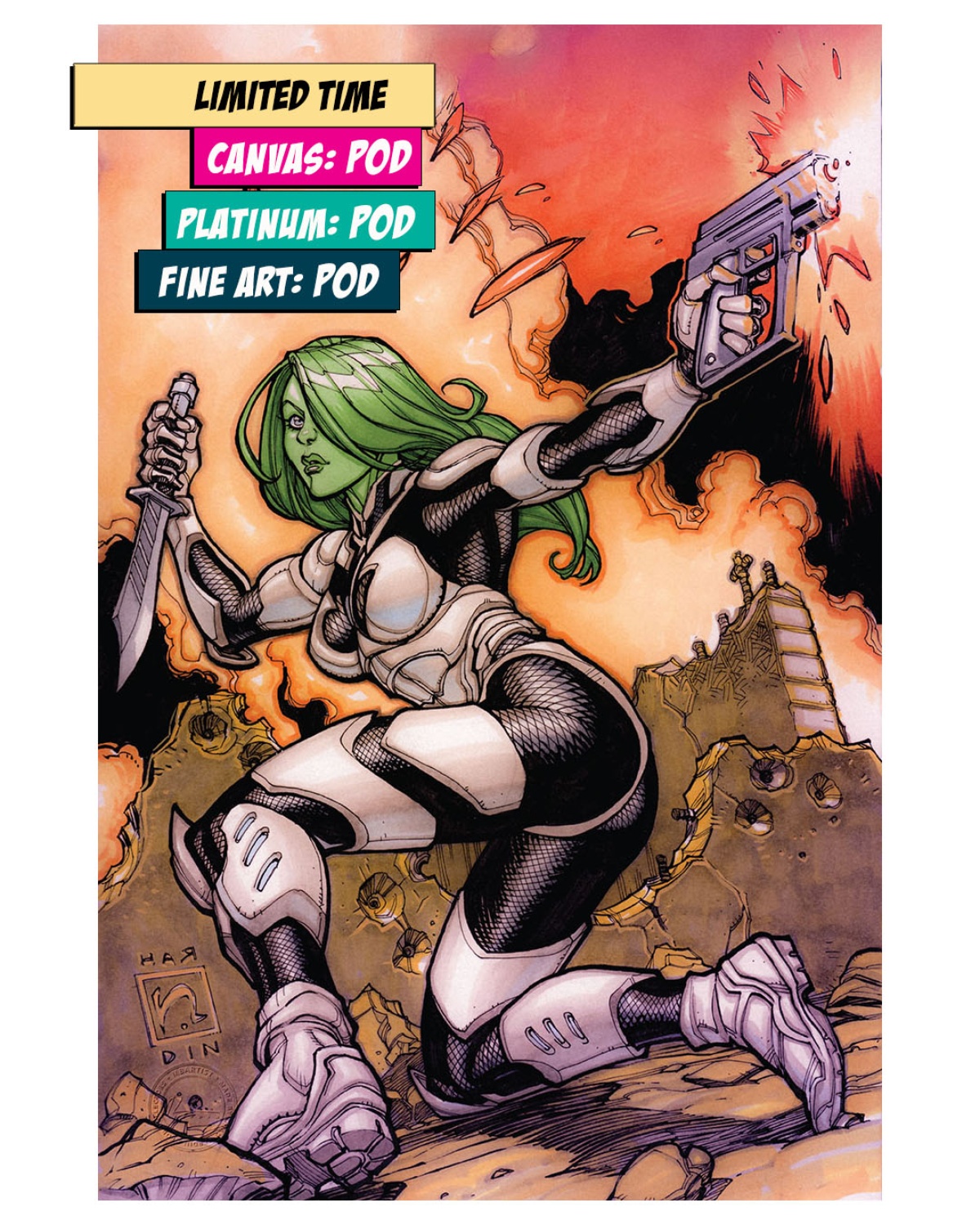 “Drawing a full body pose on a book cover is a real challenge… you’re trying to fit detail in a space less than 6-inches by 6 inches.” - Chad Hardin

From the archive of DC Comics artist Chad Hardin, a variant cover poster of Guardians of the Galaxy character “Gamora”.

Gamora Zen Whoberi Ben Titan is a Marvel Comics character created by writer/artist Jim Starlin. She first appeared in the book Strange Tales #180 (1975). The last of her species, Gamora is most recognized as the adopted daughter of the ‘Mad Titan’ Thanos and a member of the hero team the Guardians of the Galaxy. Portrayed by actress Zoe Saldana in the MCU films, Gamora is an elite warrior with superhuman strength and agility, and has proven able to overcome most opponents she has faced.

“I was able to use classic, traditional coloring in this creation with some added flares and detail. Drawing a full body pose on a book cover is a real challenge because you’re trying to fit anatomy and positioning and detail in a space less than 6-inches by 6 inches. It’s a high value commission and requires a greater skill, but it turned out to be a lot of fun and I was really happy with the result.” - Chad Hardin