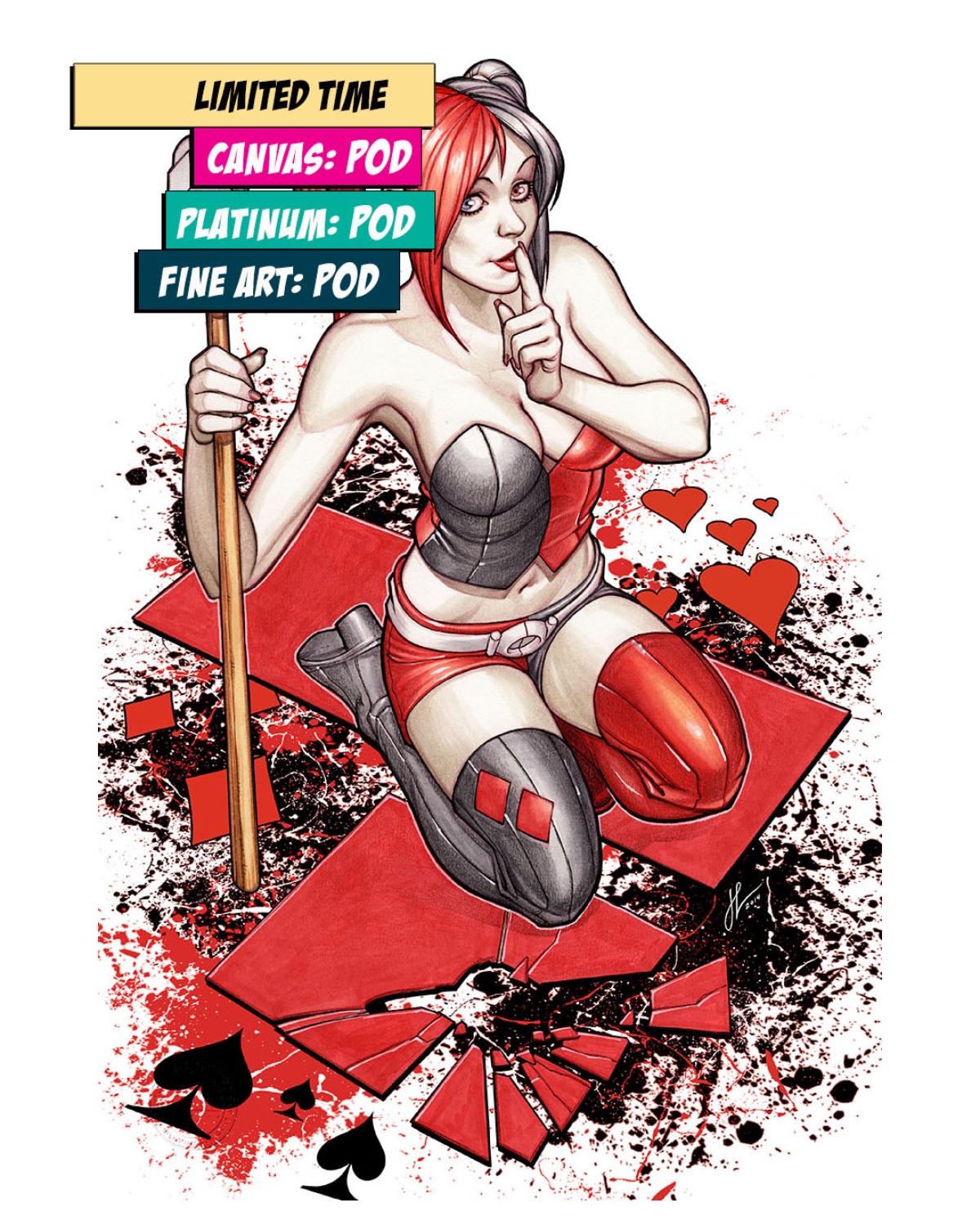 “Originally a variant cover, this art is one of my few cover creations contributed to the Harley Quinn comic book series...” - Chad Hardin

First published by DC Entertainment, the Harley Quinn character was created by Paul Dini and Bruce Timm to serve as a new supervillain and a romantic interest for the Joker in Batman: The Animated Series.  She was later adapted into DC Comics' Batman comic book canon, beginning with The Batman Adventures #12 (September 1993). A new Harley Quinn led book series was introduced by DC Comics in November 2013, co-written by Amanda Conner and her husband Jimmy Palmiotti, with stories illustrated by artist Chad Hardin. The character has also been portrayed in the DC cinematic universe by actress Margot Robbie, in Suicide Squad and Birds of Prey (and the Fantabulous Emancipation of One Harley Quinn).

"This creation was originally an exclusive comic book variant cover, and I think it was the first Harley Quinn cover that I had ever done. It is really rare that I get to contribute a cover to the series. Amanda (Conner) does the majority of the covers and I only get tapped when she isn’t available. This was an exclusive for the Heroes and Villains Alamo City (comic con) event.”. – Chad Hardin