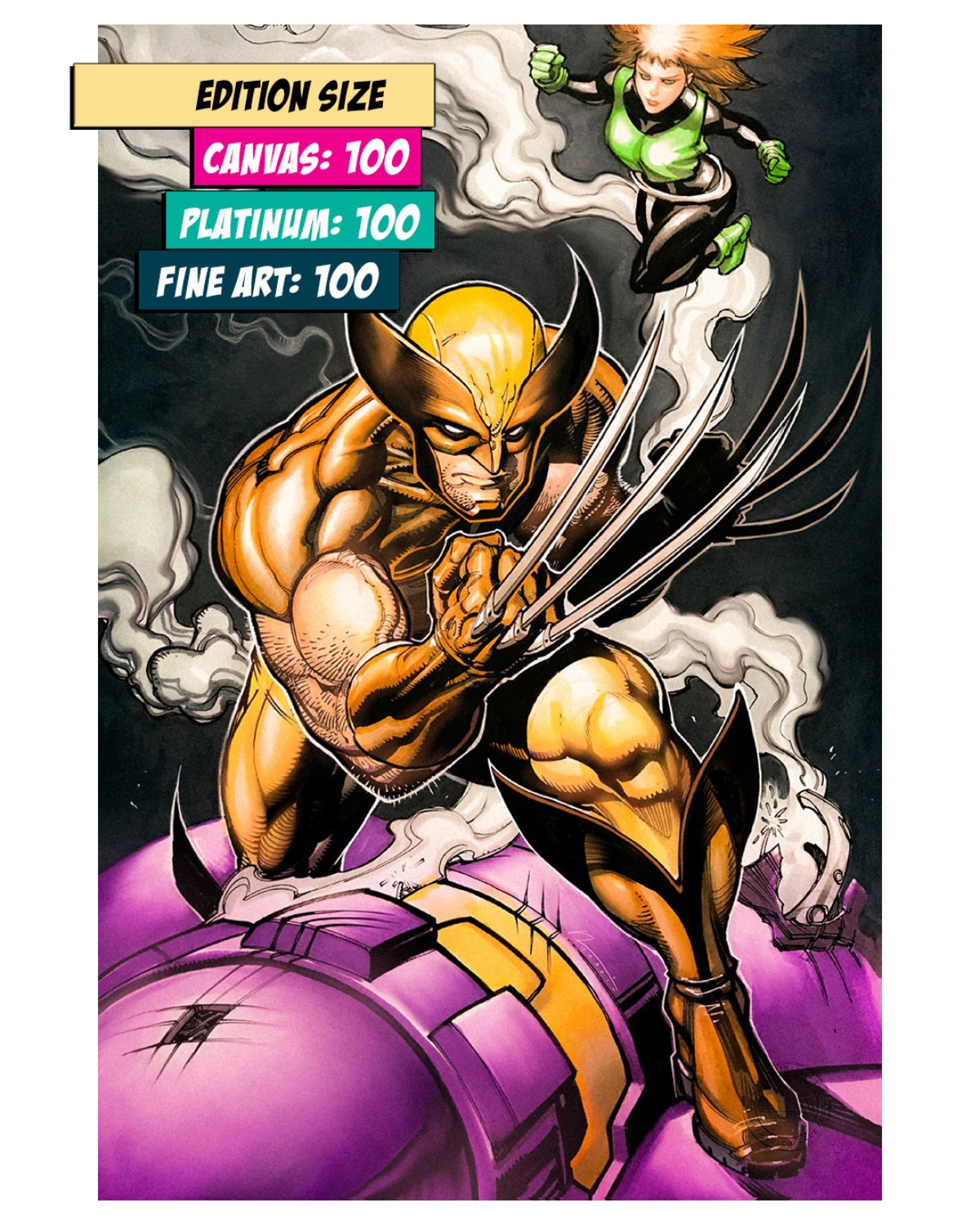 Making his debut in the last panel of The Incredible Hulk #180 before having a larger role in #181 (1974), ‘Wolverine’ was created by Marvel editor-in-chief Roy Thomas, writer Len Wein and Marvel art director John Romita Sr. Razor sharp retractable claws on each hand are his most distinguishable feature, supported by enhanced physical abilities including a ‘healing factor’ allowing him to regenerate from injury, and animal-keen senses.

"I was at an event that was really quiet, staring across the artist alley at fellow Jeremy Clark (Lady Death). He came over to my table, we got to talking and he asked for a Wolverine to add to his collection. X-Men was my favorite comic and Wolverine was my favorite character growing up. The Chris Claremont brown suit Wolverine is definitive for me so that’s how I envisioned it.” – Chad Hardin